"We're only halfway home," Matt Martin said on Saturday night. "There's still a long way to go here. We have to stay focused and get ready for the next one. We're a mature group, we just have to keep playing the way we're playing. Stick to our identity, that's going to give ourselves the chance to win the series."

Game 4 was another close contest as the margin between the Islanders and Lightning stays razor thin.

One marker of separation between the teams has been scoring first, as the team who has netted the first goal has gone on to win all four games. Perhaps more noteworthy, the team who has scored first has yet to trail in a game.

CONTRIBUTIONS FROM THE IDENTITY LINE:

Ryan Pulock's game-saving stop grabbed the headlines on Saturday night, but the Islanders Identity Line played a key role in the win.

Matt Martin's first goal of the playoffs held up as the game-winner, while Cal Clutterbuck picked up a pair of assists in the win. Martin, who said he had told his mom earlier in the week he'd get a goal for her birthday, wound up being named the First Star of the game. 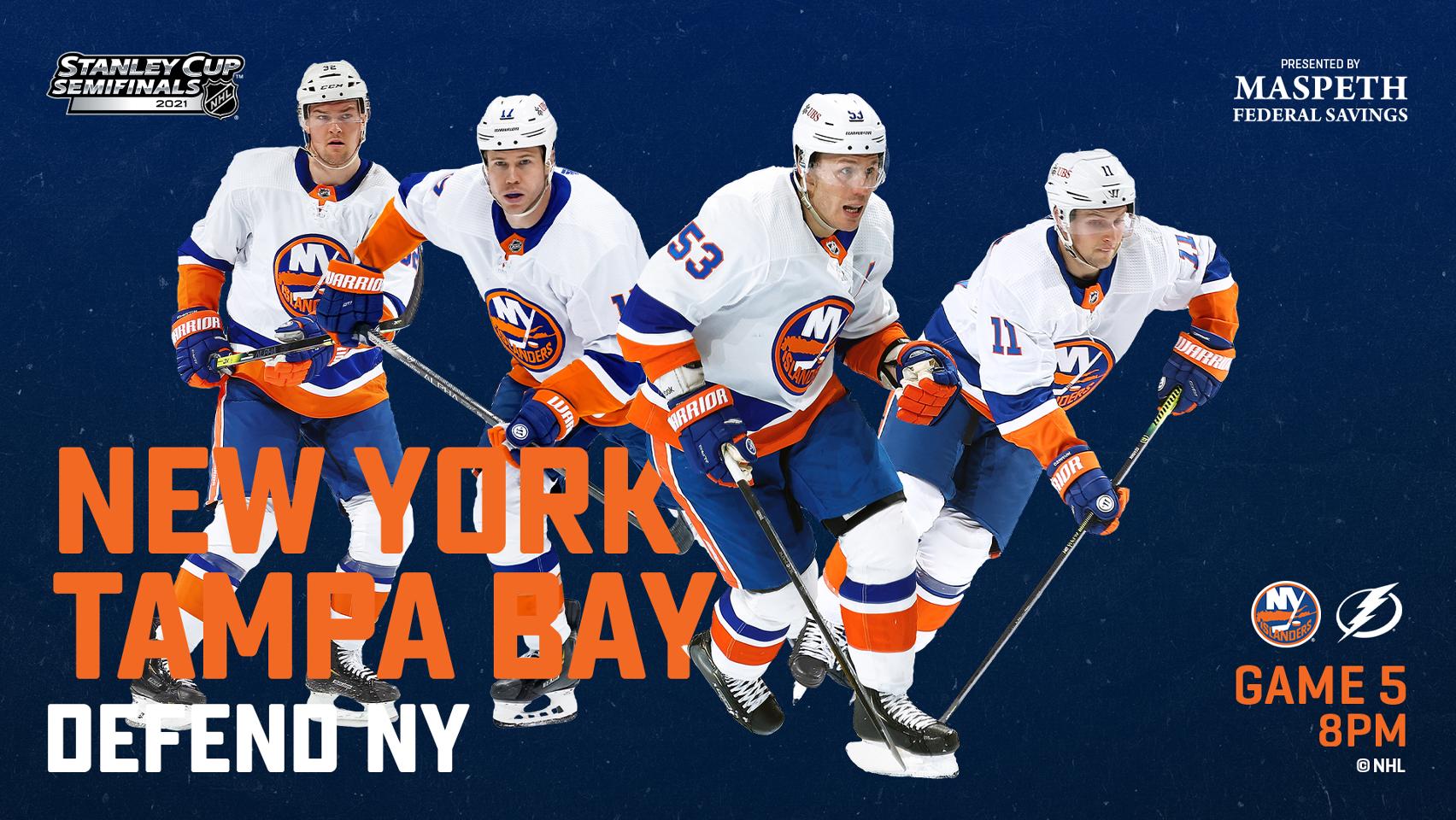 The Identity Line now has goals in consecutive games, as Clutterbuck's jam-in effort was the Islanders lone marker in Game 3. While the offensive production has been a boon for the Islanders, the line had a tremendous shift late in Game 4, forechecking and cycling the puck in the Lightning end for about a minute while protecting a one-goal lead.

"We're a team that likes to get the puck in on the forecheck and be physical and kind of roll lines over," Martin said. "We have a lot of unselfish guys who change at the right times and give the next line a good opportunity to score a goal."

As for Casey Cizikas, the center had another winning night at the face-off circle on Saturday, going seven-for-nine and upping his playoff-leading FOW% to 61.8%.

- Josh Bailey recorded his 50th career playoff point (16G, 34A) on Saturday night. He is the 12th player in franchise history to hit the 50-point plateau. Bailey's been a model of playoff consistency for the Islanders, only going three-consecutive games without a point once in his career.

- Semyon Varlamov picked up his 17th playoff win with the Islanders, tying Chico Resch for second on the franchise's all-time list.

- After scoring in the third period on Saturday night, Brayden Point extended his goal-scoring streak to seven games. Point leads the playoffs with 12 goals and is closing in on his own record after leading the NHL in playoff goals last year with 14. The goal was Point's 34th playoff tally, passing Martin St. Louis for third on Tampa's all-time list.

Point's seven-game goal streak is the first seven-gamer since Claude Lemieux in 1997. The NHL record is 10, held by Reggie Leach.

- Per Eric Hornick, Nikita Kucherov extended his assist streak to seven games, with his 19th assist of this year's playoffs. Kucherov, who had a franchise-record 27 helpers in The Bubble, has more assists than any other NHL player has points.

- Tampa Bay is 4-0 in the postseason following a loss in the 2021 Playoffs and 11-0 dating back to last year's postseason.