Joel Embiid on Matisse Thybulle: “You can tell he loves these types of matchups.. We played Boston three times, JT has really struggled against him. He has length and he’s athletic, getting to passing lanes and able to recover. That’s huge.”

New ESPN story: After beating the Boston Celtics to claim a ninth win in 11 games, 76ers superstar Joel Embiid declared there’s “no urgency to change anything” and “we got everything we need” with just under four weeks to go until the NBA’s trade deadline. espn.com/nba/story/_/id… – 9:35 AM

Whether he’s telling the whole truth or not, Joel Embiid says they have everything they need in Philly to accomplish their goals this season, and he’s leading from the front as a player and a spokesman:

Joel Embiid on the @Philadelphia 76ers after winning 8 of their last 9:

During this stretch, we’ve been very good offensively, moving the ball. These guys: they just allow me to do what I do best, offensively and defensively.” – 11:21 PM

Joel Embiid: “When I look at where we are, when we got most of the team healthy and me in the lineup, we’re 21-9. All that tells me we got to stay healthy.”

“There’s really no urgency to change anything. I think got everything we need. We’re gonna keep on going and I’m happy.” pic.twitter.com/dp2V77HJc3 – 11:07 PM

Embiid, on the state of the team at the halfway point of the season: “I feel great (about where we are)…when we got most of the team healthy, especially me, in the lineup, then we are 21-9. You know, that’s not bad.” – 10:43 PM

Joel Embiid: “There’s really no urgency to change anything. We’ve got everything we need.”

Joel Embiid, on their improved defensive execution tonight: “Charlotte, they move the ball extremely well and they have shooters all over the place, and they made a bunch of jump shots. Boston is more of an iso heavy team, so it becomes easier to load up and try to stop them.” – 10:36 PM

Joel Embiid says he feel good about where the Sixers are at through 41 games. Points to how well they’ve done when he and other key players are healthy.

Tyrese Maxey is giving off serious SGA vibes. And I love how Embiid has subtly taken on more play initiation himself in the last two months to accommodate his game. – 9:20 PM

Joel Embiid’s 30-point streak will end at eight. He finishes with 25 points, 13 rebounds and 6 assists as Andre Drummond will check in to close out a Sixers win against Boston. – 9:16 PM

I don’t blame the Philly fans for booing. I’d want Embiid to get 30 points too. His teammates have to get him a shot here. – 9:14 PM

Offensive foul on Embiid and Nesmith lives to tell about it. #Celtics #76ers – 9:12 PM

Joel Embiid just tried to end Aaron Nesmith’s life on that dunk, and nearly took himself out in the process. Scary looking play, though he appears to be fine. – 9:10 PM

The Celtics may not want to drive and challenge Embiid but it’s so important to get the ball into the paint. They have to drive and at least collapse the defense and then try to force some rotation – 7:59 PM

Joel Embiid already 4-4 from the line.

In his last 17 games against the Celtics, he’s averaged 13.1 free throw attempts per game.

Timeout Celtics after back-to-back 3s by Maxey and Curry. Embiid igniting the break set up Curry’s shot. Sixers started 1-of-6 from the floor but now have a 20-12 advantage. – 7:24 PM 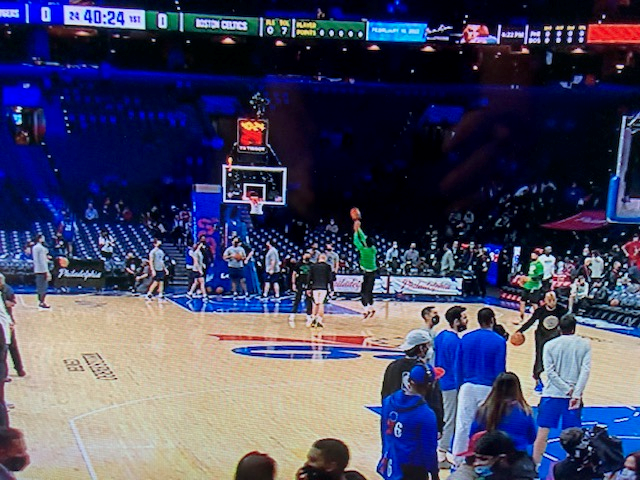 Doc Rivers, with a smile, when asked what has allowed Joel Embiid to be so consistently dominant lately: “He’s really good.” Says he gets a lot of calls from former players, including Kevin Garnett, who are effusive in their praise of Embiid’s talent level. – 5:23 PM 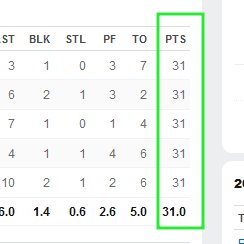 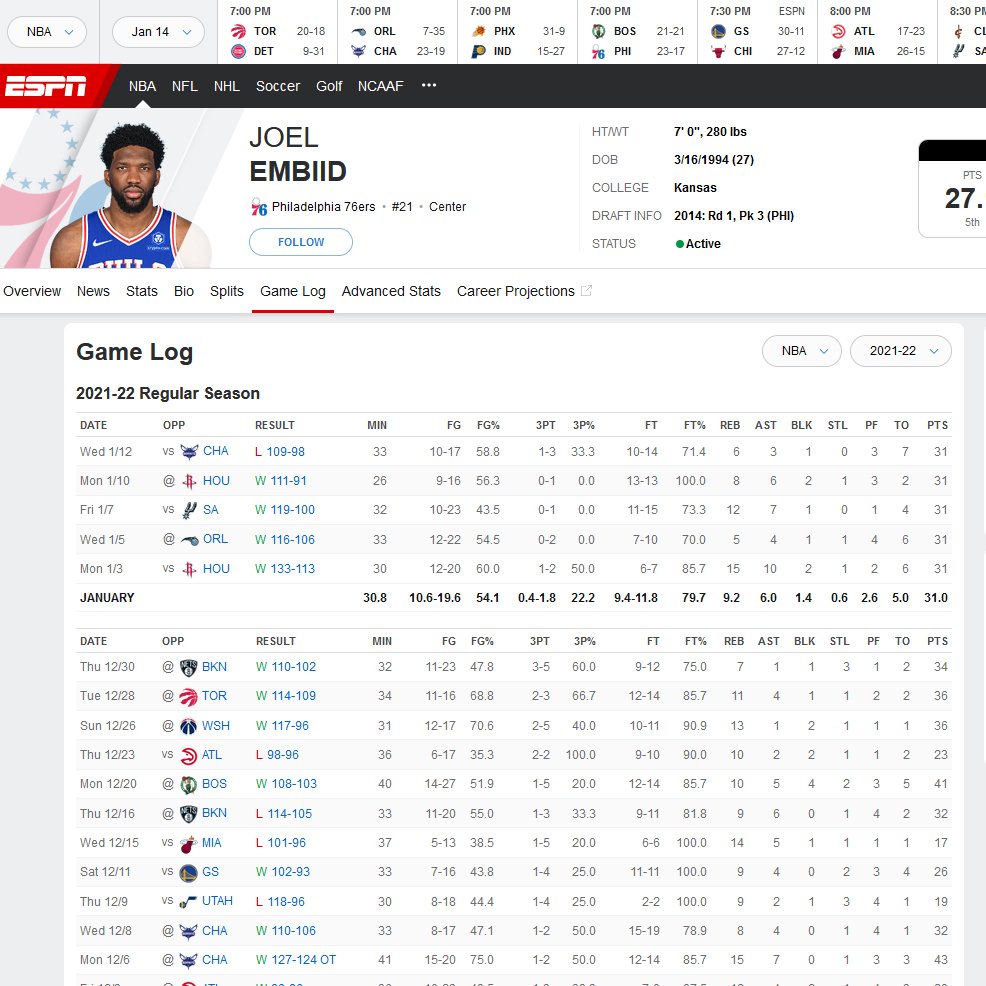 Celtics downgrade Marcus Smart to OUT. Tough absence against Embiid with the way the Celtics like to send the double teams. – 11:04 AM

More on this storyline

But Embiid said he believes the Sixers are good enough to win with the players they have available to them right now — though he admitted that it would require the 76ers to play near-perfect basketball. -via ESPN / January 15, 2022 Howard Eskin: The Ben Simmons fiasco continues. He has found another facility to workout and it’s not at #Sixers facility. I have confirmed the sighting of Simmons at the Fitler Club court at 2400 Market St,Philadelphia. I’m assuming he found working out with St Joe’s was a problem. #Pathetic -via Twitter / December 2, 2021 SiriusXM NBA: Ben Simmons and the Philadelphia 76ers continue to be in limbo with each other. @PompeyOnSixers tells @BGeltzNBA and @SamMitchellNBA he thinks this saga will impact how future free agents look at Philadelphia as a destination. -via Twitter @SiriusXMNBA / November 27, 2021

Joel Embiid: Theres really no urgency to change anything

Read Joel Embiid: Theres really no urgency to change anything by HoopsHype

Joel Embiid: No urgency to change anything on surging Philadelphia 76ers

Read Joel Embiid: No urgency to change anything on surging Philadelphia 76ers by ESPN

Joel Embiid on 76ers Hot Streak: Theres Really No Urgency to Change Anything