Last week, for the third straight edition of Prince’s Props, I correctly predicted more prop bets than I got incorrect. It was a beautiful way to close the regular season and keep the momentum alive heading into the playoffs.

Typically, I choose a single prop from any six of the week’s slate of games, but with Wild Card Weekend being exactly six games, I’ll be picking a prop from each game of the week for the first time. And I’ll continue to do so through the postseason.

It’s an exciting time to be a football fan, and to put a little friendly wager on the action. Let’s get into it.

All odds are provided by Tipico

The Niners will undoubtedly want to lean on their run game in this one and limit how much they have to throw against the Cowboys’ interception-happy secondary. But if the Cowboys start to score points, as they’re known to do, San Francisco will have to pass and Aiyuk should benefit from the added attention to Deebo Samuel and George Kittle.

Aiyuk averaged just three receptions per game in the regular season, but that was after barely being utilized for much of the early season. He eclipsed three receptions in four of his last five games, matching the amount of times he did it in the first nine games.

Derek Carr was fifth in the NFL, averaging over 282 passing yards per game, so this line seems small at first glance. But he’s only eclipsed 251 yards just once in his last four games.

However, the thinking in this matchup is eventually the Raiders will have to abandon their rushing attack. The Bengals offense can score points in a hurry and if they get up early on the Raiders, Carr will have to air it out to keep up. 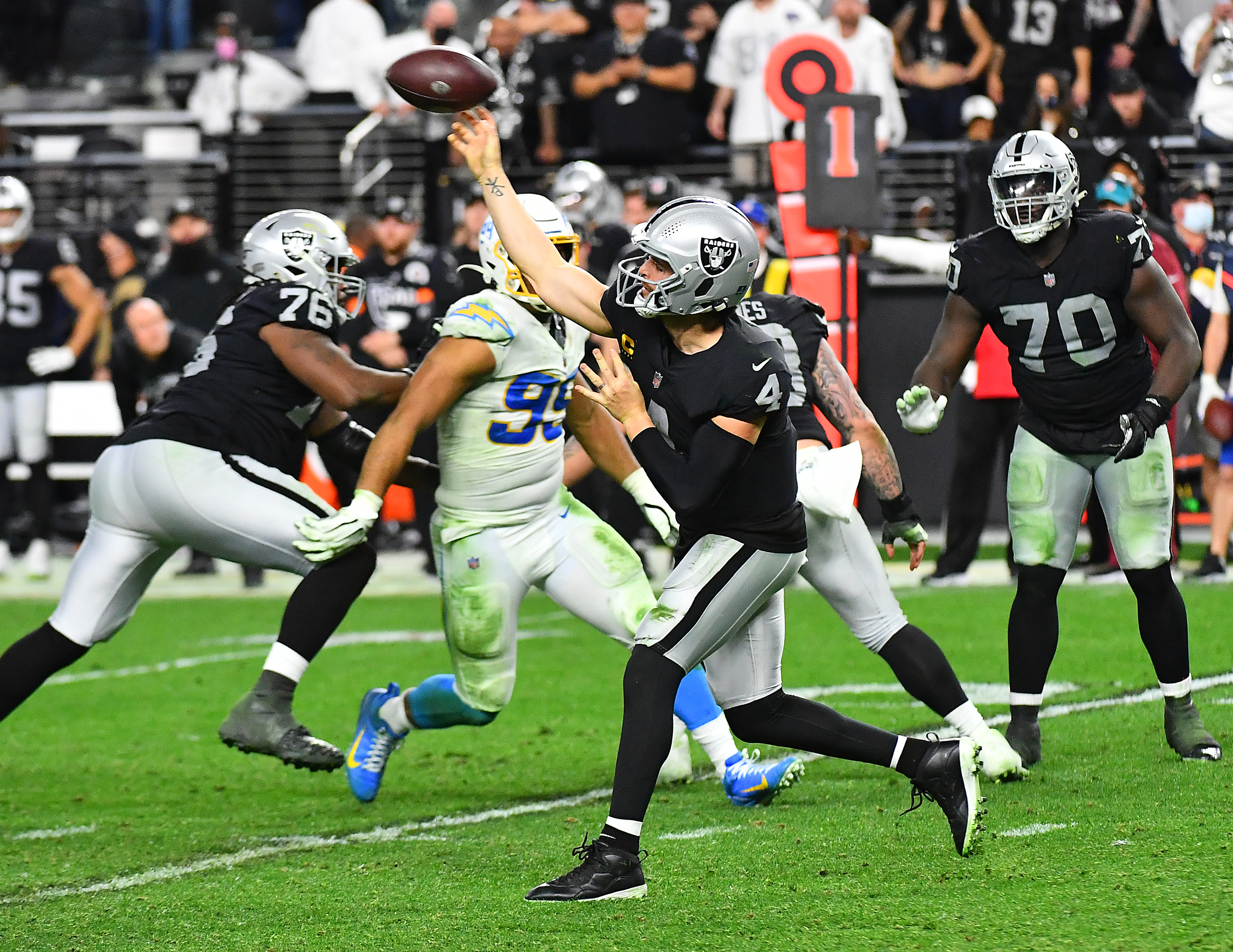 If there’s one player Kyler Murray has trusted in the absence of Deandre Hopkins, it’s Zach Ertz. Ertz has at least five receptions in his last five games, and has gone over that number five out of his last seven games.

The Rams defense is stout up front against the run, so if the Cardinals are forced into a pass-heavy game script, Ertz will benefit as much as anyone. Even after joining the team mid-season, he finished second on the Cards in receptions.

Tom Brady’s favorite target already had a sizable role even when Antonio Brown and Chris Godwin were in the picture. With those two out, Gronk should be utilized even more…for as long as this game remains a game.

In his most productive season since 2017, Gronk averaged almost 67 receiving yards per game. He could be in line for an uptick in that number against a Philly team that allowed the second-most yards to tight ends this season.

This one doesn’t take a lot to understand. In two games against the Bills this season, Harris scored four touchdowns.

It’s no secret the Pats will want to alleviate the pressure on rookie Mac Jones by running the ball. The only question is which of their running backs gets utilized the most, and in what situations. Past history tells us Harris could be in line for some red zone touches, at least, and potentially punch one through.

A lot of attention is being paid to Ben Roethlisberger and what could be his final career game, and how the Steelers don’t stand a chance. If the game goes how people expect it to, the Chiefs won’t be passing the ball deep into the second half.

A large lead will limit how much Mahomes has to do and thus his opportunities to hit the over. Just look at how the last game between these teams went; Mahomes finished with 258 yards in a 36-10 blowout.

Gannett may earn revenue from Tipico for audience referrals to betting services. Tipico has no influence over nor are any such revenues in any way dependent on or linked to the newsrooms or news coverage. See Tipico.com for Terms and Conditions. 21+ only. Gambling problem? Call 1-800-GAMBLER (NJ), 1-800-522-4700 (CO).

Congrats to the Lions, who now own the longest playoff drought with the Bengals win

Read Congrats to the Lions, who now own the longest playoff drought with the Bengals win by USA Today