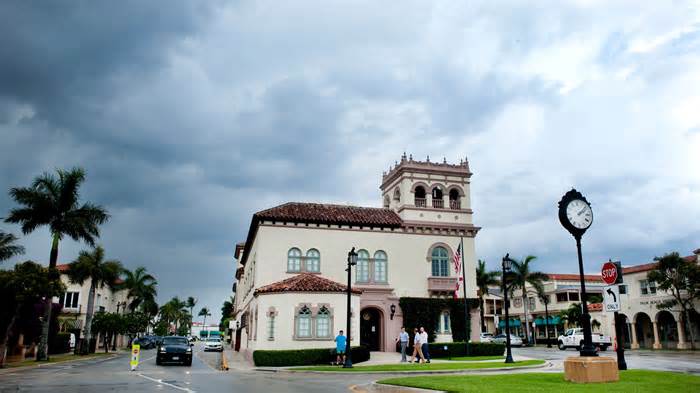 The Southwest’s active monsoon season this year washed tons of sand into the Colorado River, where it could have helped shore up the Grand Canyon’s withering beaches, if not for one big problem: The water stored behind Glen Canyon Dam is at an all-time low after more than two decades of drought.

As a result, the federal government’s dam managers have hit pause on an environmental program that calls for controlled floods out of Lake Powell when there’s enough sand for the water to push up and rebuild sandbars and beaches, preserving the national park’s ecology, river trip campsites and archaeological sites.

Prodigious rains from the summer and fall monsoon dumped the sand that created the right conditions for a November flood but left nowhere near enough water to prop up the shrinking reservoir.

The U.S. Bureau of Reclamation cited projected losses in the dam’s hydropower production as a reason to hold back the envisioned floodwaters. That could save up to $4 million for electric ratepayers across the West, but it also sets an ominous precedent for a river that’s becoming too drained by aridification and overuse to sustain its own health.

“The beaches are hammered down there,” Grand Canyon river guide Ben Reeder said after working a season in which monsoon storms slashed gullies through campsites and rolled boulders onto them.

Reeder represents recreational interests on a technical work group advising the government within its Glen Canyon Dam Adaptive Management Program but did not have a vote on whether to flood the canyon. Though an official reason for rejecting a flood was the cost, Reeder said he had also heard from officials that the “optics” of sending water downstream in a year of shortage would be bad.

“The science is saying we have the conditions to do a (high) flow,” he said, “and we should do a flow.”

For now, more than a million metric tons of sand will stay parked on the riverbed at Lees Ferry, where some of it will creep downstream.

Unnatural wonder: A journey into the heart of a river forever changed by human hands

The dam that created Lake Powell in the early 1960s choked off more than nine-tenths of the Colorado’s contribution to Grand Canyon’s sand flow, dropping it on the new lakebed and sending clear water downstream from the hydropower plant’s turbines.

That left the sand that the Paria River washes out of southern Utah toward the Colorado at Lees Ferry to build beaches in the upper Grand Canyon, and the sand from Arizona’s Little Colorado River deeper in the canyon.

Starting in the 1980s, a group of scientists puzzling over how to restore a semblance of nature in the canyon imagined a program opening the dam’s bypass tubes to create artificial floods whenever enough sand accumulated for the pulse of water to push it downstream and deposit it on bars and beaches.

Benefits would include everything from the creation of shallow, warm backwaters more familiar to the river’s native fishes to coverage of threatened artifacts, and restoration of beaches for float trips that account for more than 100,000 user days on the river each year.

The occasional planned floods began in 1996, four years after Congress passed the Grand Canyon Protection Act mandating dam operations that balance water and power needs with the canyon’s environment. The floods continued haltingly, every several years until the Obama administration adopted a plan that supporters believed took costs and politics out of the equation and would trigger a flood whenever sand measurements at Lees Ferry warranted one.

That would include this fall when Utah State University river researcher Jack Schmidt said the sand is more plentiful than it is in three out of every four years.

Schmidt was among the scientists who first envisioned the controlled floods, and he later directed the U.S. Geological Survey’s Grand Canyon Monitoring and Research Center. He said he fears the government’s decision against flooding when there’s this much sand indicates that low water levels are leading to backsliding on the commitment to manage according to the science.

“This decision takes us dangerously close to the old world where politics dictates not having a flood,” Schmidt said.

Reclamation officials at the bureau’s Upper Colorado Basin office in Salt Lake City decided against conducting a flood this fall. They did not respond to a request for comment, but a bureau presentation at the technical work group’s fall meeting cited the Western Area Power Administration’s hydropower cost estimates as a reason that regional state and federal officials advised against pushing more water downstream.

They determined that a 60-hour flood of the sort that has occurred before would cost $1.3 million in lost hydropower revenues, while an unprecedented 192-hour flood — allowed by rule when sand accumulates like it did this year — would cost $3.7 million.

A 192-hour flood could have been especially problematic, the officials reported, because it would have dropped the lake’s elevation by 5 feet, to within about 10 feet of the dam’s buffer zone for producing hydropower without damaging the turbines. A 60-hour flood would limit the reduction to about 2 feet.

Some river advocates responded that it shouldn’t matter because all that water would end up downstream behind Hoover Dam, where it’s ultimately headed anyway before fulfilling downstream farm and city uses. Others complained that if dam managers didn’t like those outcomes they could have projected what would happen during a shorter flood of perhaps 30 hours.

“It’s definitely a big loss for Grand Canyon,” Alicyn Gitlin, the Sierra Club’s Grand Canyon program manager, told The Arizona Republic. “It’s also confirmation that, with climate change, we may not be able to protect Grand Canyon with this dam.”

Schmidt said the relative costs of lost power production are minimal compared to what the drying river’s trajectory has in store. The hydropower outlook is declining long-term because of aridification and water demand, he said. “It has zero to do with controlled floods.”

Law's mandate is 'clear as mud'

Controlled floods, officially known as high-flow experiments, are no cure for what ails the Grand Canyon. They temporarily restore beaches, which are then eroded over time by flows that fluctuate to meet water and power demands. Only the next flood can keep them from eroding to critically low levels.

Today, with no flood since 2018, the sandbars and beaches are as low as they’ve been in a decade, and are projected to decline another 10% before next year’s rafting season. Had the government scheduled a 192-hour flood, the beaches were projected to grow by 75%, and to remain 50% larger after winter erosion.

Representatives from several organizations and tribes that participate in the program’s technical work group complained of the decision and their exclusion from the debate. “We were not consulted,” Hopi tribal archaeologist Jakob Maase said. “Consultation needs to happen.”

“It seems as though the Grand Canyon Protection Act was not given much weight,” said Peter Bungart, a cultural resources officer for the Hualapai Tribe.

That law’s mandate for managing the dam in harmony with canyon resources is “clear as mud,” according to University of Utah law professor Robert Adler. It first directs the government to release water in a way that protects and restores the natural and recreational resources for which Grand Canyon National Park and Glen Canyon National Recreation Area were established.

Then it says to do that in a way that’s consistent with the suite of other laws governing the river’s water storage and distribution agreements, laws often in conflict with the canyon’s environmental interests.

The director of a nonprofit that represents consumer-owned utilities that use Glen Canyon’s hydropower also noted the law’s offsetting demands, and a federal judge’s ruling in a pertinent case saying the Grand Canyon Protection Act doesn’t trump other resources such as power.

“Reclamation has a balancing act to perform,” said Leslie James of the Colorado River Energy Distributors Association. “The Grand Canyon Protection Act is not a standalone mandate.”

Still, environmental groups and tribes objecting to the flood’s rejection and the exclusive decision-making process sent a joint letter to the Bureau of Reclamation on Wednesday seeking a greater role in future flood debates, and greater consideration to the Grand Canyon Protection Act.

"Ultimately, we are concerned that the precedent set by the decision to forego (a fall flood) is based primarily on considerations put forth by power generation and water interests," they wrote.

“There’s no consideration,” said Larry Stevens the Grand Canyon Wildlands Council, one of the letter’s authors. “They just kind of cancel the high-flow event but don’t provide any options.”

If losing a few million dollars in revenues is to become a flood disqualifier, Stevens said, there may never be more floods.

“Using the excuse that it’s going to cost too much money is not the way we want to manage the river,” he said. “There’s always going to be a cost.”

James, of the energy distributors association, said she does not believe cost alone will ever rule out experiments such as a controlled flood. This year, she said, the government also had to consider the effects of dropping the reservoir level so soon after taking emergency action to prop it up by releasing water from dams upstream on the upper Green and Colorado rivers.

Those releases were meant to protect water levels in case the coming winter is as dry as the last, she said, and they could be negated by a flood right now.

With a fall flood ruled out, Stevens and others hope Reclamation may consider flooding the canyon later, ideally after an increasingly rare snowy winter helps restore water levels. Spring floods were the natural way of the river before dams when the snow melted and generated much higher flows than are possible today.

The National Park Service, as one among agencies advising Reclamation’s dam operations, is discussing the merits of a spring flood.

“We are interested in continued dialog about any spring possibilities to address this, and to protect the resources under the Grand Canyon Protection Act,” the agency’s Colorado River coordinator told Stevens and other members of the technical work group.

Such a plan could face a bureaucratic snag, though. Under the rules enabling controlled floods, the accounting year for the sand required to trigger one resets on Dec. 1. That means that even though heaps of this year’s monsoon sands may remain just downstream of the dam next spring, they won’t officially count toward justifying a flood then.

Brandon Loomis covers environmental and climate issues for The Arizona Republic and azcentral.com. Reach him at brandon.loomis@arizonarepublic.com.

The sand is there, but low water levels halt a controlled flood to restore Grand Canyons beaches

Read The sand is there, but low water levels halt a controlled flood to restore Grand Canyons beaches by The Arizona Republic

What’s in your water?

Read What’s in your water? by Sidney Daily News

Best Beach Vacations in the World

Read Best Beach Vacations in the World by LinkedIn

Killiney Beach under Do Not Consume Advisory months after wildfire