OAKLAND, Calif., Oct. 15, 2021 /PRNewswire/ -- Pandora and SoundCloud are joining forces to bring fans music from the hip hop superstars of tomorrow with ' 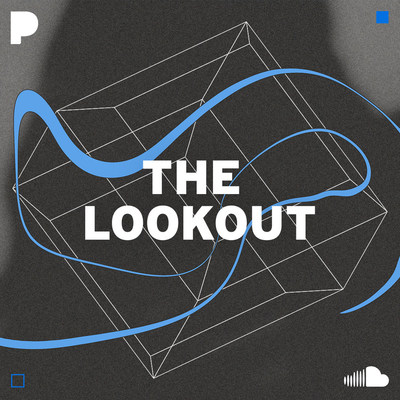 "With a hit slot on SiriusXM's Hip-Hop Nation and now a new home on Pandora, SoundCloud's top playlist, 'The Lookout', is the go-to source with the largest digital audio reach for fans to discover the best in breaking hip hop," says

Caiaffa, Interim Head of Music at SoundCloud . "Joining forces with Pandora to expand 'The Lookout by SoundCloud' amps up our shared commitment to help the emerging hip-hop artist community to get heard and discovered."

Toosii  shared, "I've got a lot of love for SoundCloud going back to the beginning of my career. It's a place where I discovered a lot of music, and I was able to use it to introduce everyone to what I'm doing. They continue to show incredible support."

Originating and extending from one of SoundCloud's most popular and influential playlists, 'The Lookout by SoundCloud' will provide a space for Pandora listeners to explore the next wave of breaking hip hop artists. Since launching on SoundCloud in 2019, 'The Lookout' has quickly grown to become the premiere destination for discovering the hottest next generation of rising stars in hip hop before hearing them anywhere else. Elevating artists bubbling up on the platform and championed by the community as well as standout emerging talent hand-selected by SoundCloud's curators and tastemaker music teams, 'The Lookout' has spotlighted some of today's biggest artists in hip hop before they became household names including

Pandora, a subsidiary of SiriusXM, is the largest ad-supported audio entertainment streaming service in the U.S.  Pandora provides consumers a uniquely-personalized music and podcast listening experience with its proprietary Music Genome Project® and Podcast Genome Project® technology.  Pandora is also the leading digital audio advertising platform in the U.S. Through its own Pandora service, its AdsWizz platform, and third party services, such as SoundCloud, the Company connects brands to the largest ad-supported streaming audio marketplace in the country. Pandora is available through its mobile app, the web, and integrations with more than 2,000 connected products.

SoundCloud is a next-generation music entertainment company, powered by an ecosystem of artists, listeners, and curators on the pulse of what's new, now and next in culture. Founded in 2007, SoundCloud is an artist-first platform empowering artists to build and grow their careers by providing them with the most progressive tools, services, and resources. With over 275 million tracks from 30 million creators heard in 190 countries, the future of music is SoundCloud.

Pandora Launches The Lookout by SoundCloud

Read Pandora Launches The Lookout by SoundCloud by Business Insider

The message: why should hip-hop have to teach us anything?

Read The message: why should hip-hop have to teach us anything? by The Guardian

Read What does reality TV owe Black women? by YAHOO!News

Happy Birthday Cardi B: 10 Inspirational Quotes By The Rapper